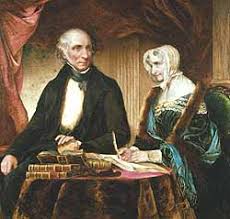 Could anyone help me find Sara Hutchinson’s lifedates? Sara was the sister of William Wordsorth’s wife Mary (1770-1859). An edition of her letters was published in 1954, by K. Coburn, but we don’t have the book in the library here. The reason I’d like to know is because she might be a contemporary of Jane Austen, and if she was, their language might be comparable. Or not, as it happens.

Sara Hutchinson was one of the informants of René Arnaud’s study of the progressive in 19th-century English, but he doesn’t mention any dates for her, nor can I find them in the Oxford Dictionary of National Biography.