This summer, a letter from Napoleon was auctioned, written in 1816 and addressed to his teacher. It was meant as an exercise, to practice his English. The article in NRC-Next which announced the news, suggests that he still had a lot to learn, as the letter starts off as follows:

“it is two o’clock after midnight, I have enow sleep, I go then finish the night with you.”

The comment was probably inspired by the unusual word order, but what strikes me is his use of enow, for enough: at this late date? Or would it be a spelling error? Also, he doesn’t use a capital for I. So yes, he does seem to have a lot to learn still. Any more comments on his skill in English?

I haven’t seen a full transcription of the letter yet: this would be most welcome.

The letter fetched €325,000: what an incredible amount of money. 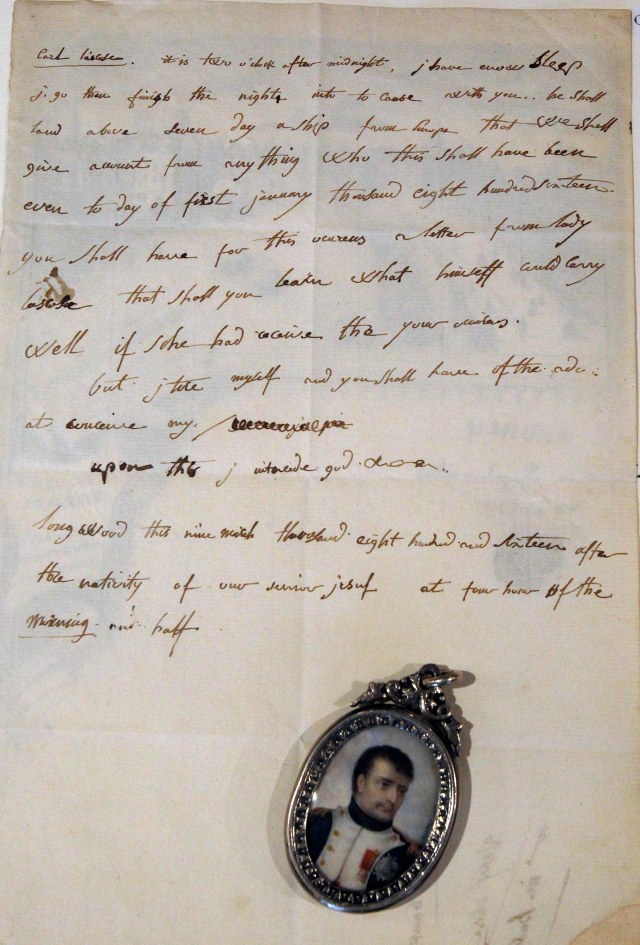 This entry was posted in 19th-century letters, news and tagged learning English, Napoleon. Bookmark the permalink.

3 Responses to Napoleon writing in English